History is what is recorded and society itself is ever changing. The United States is a shining example of this reality, rapidly evolving every decade due to new ideas taking root in the populace, the advent of technology, and sometimes even war. Change over time is usually synonymous with progress, but it can be argued that sometimes change can bring devastation. That is the subject of George Packer’s The Unwinding: An Inner View of the New America. The book lays out the landscape of the last few decades in this country and then shows how the landscape has significantly changed. All of this is done through the eyes of everyday people who experienced these events firsthand. People such as entrepreneur Dean Price, lobbyist Jeff Connaughton, and investigative reporter Michael Van Sickler lived through these radical shifts in American politics and economics. The book details the impact of all this change, often displaying cataclysmic effects for many millions who call this country home.

The story begins with Dean Price who was born and raised in Madison of Rockingham County, North Carolina (10). Dean’s family had a consistent history of being tobacco farmers going back generations. They also represented the American tradition of self-sustainability. The Prices provided their own livestock and crops for not only sustenance, but also for business (10). As Dean was growing up, “the best job was making cigarettes at the huge R.J. Reynolds factories in Winston-Salem” (14). Similar to other titans of American industry such as steel and automobiles, the tobacco plants were a chance to be employed at a job with great pay and long-term benefits. A large percentage of Americans had relied on this system since the genesis of industrialization (the regulated variety as opposed to the kind that first emerged in the nineteenth century) to support themselves and their families. Dean even went a step further than his father and grandfather by going to college (16). Not long after, though, he became disillusioned with his career at a Fortune 500 company and decided instead to pursue being an entrepreneur (17). Little did he know, America was going to be rocked to its core in the seventies and eighties.

Starting in the seventies and accelerating in the decades that would follow, the titans of industry would begin to decay. The tobacco empire would fall for a multitude of reasons as its profits fell year after year. Leading the charge was a new tax on cigarettes as well as increased awareness of the health concerns regarding them (79). In an attempt to stay afloat, the Reynolds firm moved from its home to Atlanta and merged with Nabisco before ultimately being bought out by “the Wall Street firm of Kohlberg Kravis Roberts” (79) The company that had provided not just jobs but a way of life for decades now began to cut workers. The loss of these jobs were felt all around the country and throughout several industries, among them textiles, automobile production, and even furniture making (80). Some attributed this to NAFTA, but the reality went well beyond the northern hemisphere. It ultimately came down to globalization and the emergence of ever more competitors from abroad, such as China (81). The ‘golden age’ of America, the 1950s, saw a U.S. dominance in the global economy. War World II had left much of Europe and Asia in ruins and America filled the void. This faux golden age crumbled once the rest of the world rebuilt their infrastructure, and along with it came cheap labor from other countries.

At the same time, Dean was starting his entrepreneurship by starting a chain of convenience stores and truck stops. The employees working for him were a part of the new American service sector: paid close to or at minimum wage and suffering from a lack of health benefits (140). Dean lamented giving his workers such low pay, but the demoralized employees performed poorly in the new service jobs even when he experimented with slightly higher pay. (140). The mundane nature of the jobs was undeniable and Dean himself preferred to leave managing the stores to others. The plague of low paying jobs spread over the South quickly with the arrival of stores like Wal-Mart. Gone were the jobs that took care of the people and kept money in the community. Small businesses like Dean’s were also a target of the monstrous superstores. Wal-Mart offered rock bottom prices that most small business could not compete with (144). Most would fail end up bankrupt and shut down. The age of low cost labor and low-cost workers had arrived in full-force.

The transition to a service economy over a manufacturing one laid waste to many Americans’ way of life. In its wake, there were new ways to make money. Jeff Connaughton set out on his path, first setting out where the real money was being made: Wall Street. In the new economy, Connaughton was aware that “a job with a company that actually made things meant you were being left behind”, so he set out to work at an investment firm (31). While at Smith Barney, there was a scandal involving the E.F. Hutton office in Atlanta. The office had been writing checks they couldn’t cover and clients began to leave in droves when they found out (33). It was an omen of what would come later, and politician Joe Biden called it an “growing epidemic of white-collar crime on Wall Street” (33). Biden was a hero of Connaughton’s and so he decided to head to Washington to work for him. Taking a job with far less pay than his banker position, Connaughton would end up working with Biden’s veteran chief of staff, Ted Kaufman (63). A small army worked night and day to get Biden the presidency and the charming Democrat seemed to have victory assured. Connaughton would later see the real Joe Biden as the campaign dragged on: a pretentious, dismissive, man who felt the need to brag about his I.Q. on live television (66). Biden ended up dropping out of the race, leaving Connaughton high and dry. His hero a fraud and having earned little income while slaving away for the phony, Connaughton tried a different approach: lobbying (119). While working as a lobbyist, he would funnel corporate money into political campaigns and become richer than he’d ever been.

In the eighties and beyond, there were scandals and ‘hiccups’ in the market, but none so devastating that it outright crippled the country. As more and more cash went in and out of Wall Street and Washington D.C., the tendrils of greed grew and grew. Men like Robert Rubin led the charge. Hailing from Goldman Sachs, he insisted (under the guise of a bleed-heart-Democrat) that he wanted to help the poor (221). While simultaneously spouting this concern, he and many others pushed for the repeal of the Glass-Steagall Act. In place since the 1930s to stop commercial banks from doing whatever they pleased with their clients’ money. Bill Clinton repealed the act with bipartisan support and bankers cheered (223). Profits reached all-time highs.

The finance industry and multinational corporations became bloated. Meanwhile, many places in America still suffered from a lack of investment in infrastructure and public schools, like in Tampa, Florida (198). What it did have, as was the case all over the country, was a booming housing market. Michael Van Sickler, a journalist for the St. Petersburg Times, was one of the few who began to see the cracks. Following little more than breadcrumbs and rumors, he tracked down shadowy figures like Kenny Rushing and Sonny Kim, one a former drug dealer and the other a tattoo parlor owner (206). They both made fortunes flipping houses, but upon further inspection, Sickler discovered the deceptive nature of the sales: homes “with a blue tarp over the roof, boarded windows, and mattresses piled in the overgrown yard” (206). The homes were overvalued and the more people that got in on the action the more the values seemed to sky rocket. People borrowed more than they could realistically pay and lenders loaned out more money than they could pay if anything went wrong. Everyone involved was leveraged to the hilt, and the house of cards had gone global as bankers sold off the mortgages to buyers all over the world. Sickler realized it if a single shred of doubt seeped into the market, it would all come crashing down. In 2008, the bill came due, and no one had the money to pay. Panic set in and the economy of the world crashed.

Akin to dominoes, Lehman Brothers and other banks came crashing down with massive amounts of debt well beyond their actual money supply (207). Connaughton and Sickler shared something in common: they believed the bankers, lawyers, and accountants were the people most responsible (279). It was people from on high who loaned to crooks like Kenny Rushing and Sonny Kim who in turn fanaticized the people on the ground level with dreams of a home and extra cash. To make matters worse, the worthless mortgages had also been entwined with people’s 401Ks. When the ruse ended, they all lost their life savings. Glass-Steagall had been put in place to curb the greed that had led to the Great Depression. Now, Connaughton and Kaufman were adamant that the only remedy would be to reinstate the regulations (283). They pushed for it hard, but Obama instead took the advice of the very Wall Street bankers who had crashed the economy (285). Glass-Steagall would not be coming back. With a charismatic smile, not unlike Biden’s and Clinton’s, Obama handed the bill to the American taxpayer while Rubin and other CEOs scored million-dollar bonuses. With a watered-down regulation set in place, the banks have only gotten bigger since 2008. Connaughton left politics for good long after (295).

By the twenty first century, the landscape of America had eroded away into something ugly. A land where the little guy and the community as a whole became nothing more than an afterthought to politicians and corporations. Profit is the name of the game, even if it means propping up the unsustainable. The GDP has moved upwards at a snail’s pace, the wages of Americans have stagnated, but America continues to be the home of some of the world’s richest men and women. An underfunded populace, the majority, struggles to survive in this new landscape. Some day they may rise above the temptation of riches that has Washington in its grips. 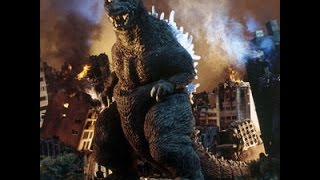